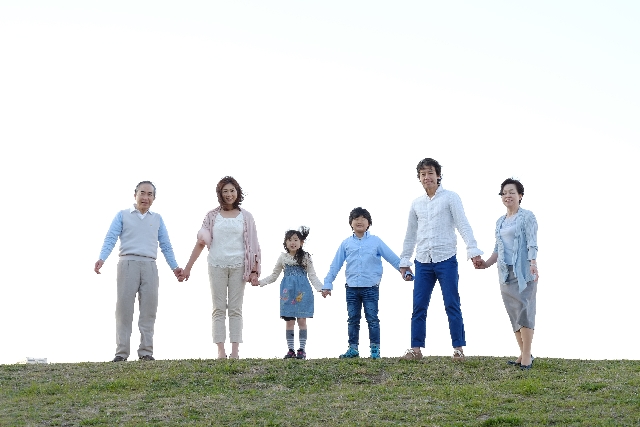 You may remember that apple diet and konjac diet were popular once.
The younger generations probably don’t know about these diet methods, but they were in fashion in the 80’s and lots of people were committed to them, however, they were gone in a few years.
On the contrary, it has been more than 5 years since macrobiotic diet became popular and it is still widely supported. Actually, it has a history of more than 60 years. It’s more of the secret of longevity than a dieting method, though.
I see books related to macrobiotic diet in book stores often, and I have learned that macrobiotic diet has a variety of food effects, for example, on constipation, improving skin condition, dieting, reducing fatigue, refreshing brain, alleviating PMT, preventing lifestyle-related diseases and mental stability, however, it’s actually hard to keep up doing due to its complicity, and many of those who have tried it give up soon. If this diet habit has become a part of daily life, then it won’t be difficult to keep it up for a long period of time.
I am one of them who is committing to brown rice and vegetable centered diet. I am going to review the basic information on macrobiotic diet and would like to inform you the tips for successful macrobiotic diet.

First, get a good macrobiotic book! 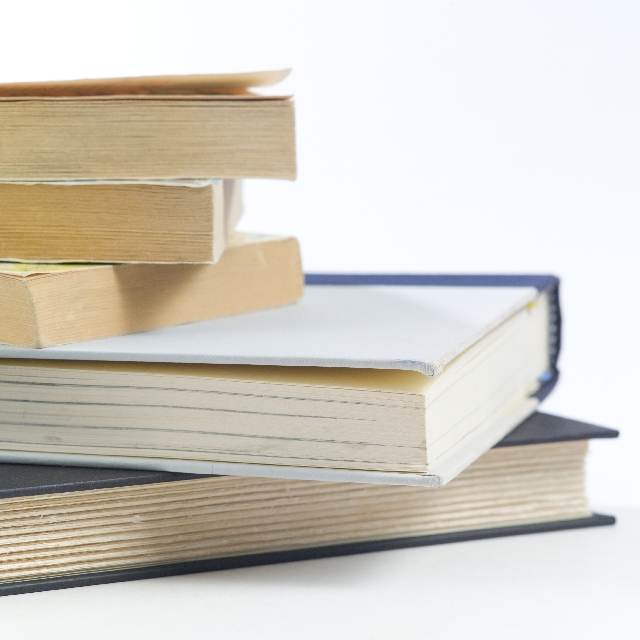 Firstly, I would like to mention about the books specialized in macrobiotic diet. In these books, the basic idea of macrobiotic diet and how to conduct the diet are specifically written. Let me introduce the features of the recommended books then.
The first ones were written by Mr. Sakurazawa who advocated macrobiotic diet. His books focus on philosophical principals of macrobiotic diet. Therefore, they would be suitable to those who want to learn how he came to find the diet method and focus on the method by learning the Eastern philosophy. His books were written in the time that had a different cultural and historical background compared to the current era, so some may find the written information is too old, but one thing for sure is these books teach you well about the principals of the macrobiotic diet.
Secondly, I would like to introduce you the books written by Mr. Michio Kushi. Mr. Kushi focuses on various areas in relation to macrobiotic diet, such as its philosophy, health promoting method and diet. He had been based in the United States, so his books describe details of the recommended ingredients and amount of each intake in consideration of the cultural and historical background of the country. He was active until last year so the books consider the lifecycle of people in modern times. Mr. Kushi was the pupil of Mr. Sakurazawa and two of them toured around Europe and America together, and contributed to expand the idea of macrobiotic diet.
Thirdly, I would like you to recommend the books published by organizations in relation to macrobiotic diet. These books are written in question-and-answer style, including information for beginners and recipes. I’m going to mention about them later in this article.

Get information from macrobiotic organizations 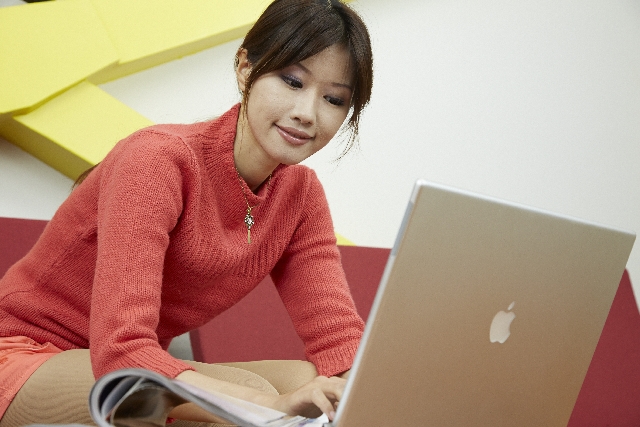 Macrobiotic diet was originally started in Japan, but became popular abroad first then reimported to Japan. Therefore, it’s funny but there is a branch of American Macrobiotic Organization here. Apart from cars, music and CDs, macrobiotic diet is also reimported. I would like to name three of the main organizations.

JAPAN CI KYOKAI
The proponent of macrobiotic diet Mr. Yukikazu Sakurazawa founded Japan CI Kyokai, and this is the oldest organization among similar organizations. Now, a member of the organization Mr. Katsumata leads this organization as the chairman by following Mr. Sakurazawa’s philosophy.

KIJ KUSHI INSTITUTE OF JAPAN
Mr. Sakurazawa’s a favorite pupil of Mr. Michio Kushi founded KIJ Kushi Institute and this is a branch of the foreign-based macrobiotic organization. Mr. Kushi had been actively working on popularizing macrobiotic diet abroad.

SEISHOKU KYOKAI
Another pupil of Mr. Sakurazawa, Mr. Shuzo Okada founded this organization. The name of the organization “Seishoku” is the original name of macrobiotic diet. This organization has been based in the west part of Japan.
Each organization has its own membership system and issues original monthly magazines or information sources. It would be a good idea to gain information through them. They also hold regular meetings or cooking classes as well.
To those who have tried macrobiotic diet but feel stuck in expanding the variety of recipes, or feel uncertain about the way of doing, I also recommend to join these organizations for information exchange. 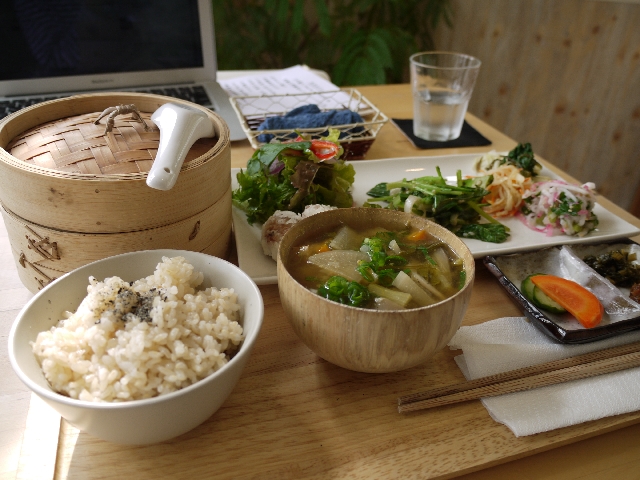 There are various rules in eating macrobiotic diet. Strictly following them is practically difficult in terms of time and preferences, and these are the major reasons for frustration or hesitation, I suppose. I will explain how they should be done hereafter.
Eat whole grains or vegetables. The skin and roots of the vegetables should be eaten, as well as brown rice and whole grain.
Eat fresh and local foods. No pesticide, no food additives, reduce the consumption amount of meat, eggs, daily products, white sugar and oil.
Chew foods well.
To follow macrobiotic diet, we need to prepare ingredients by ourselves. To follow all these rules is hectic, and to those who love meat or daily products may find this hard as well. I suggest you to start it step by step.
According Mr. Kushi, it’s ok to start this diet little by little. For example, if you love meat, abstain from it only on weekends at the beginning, or start the macrobiotic diet only for breakfast and dinner, and eat non-macrobiotic lunch while working.
You may not feel any significant changes at first, but later, you will become more cautious about ingredients, then your preference for the taste may change.
I became familiar with macrobiotic diet about 10 years ago at a fasting class. Since then I spent there for a month or have participated annual classes, and I have witnessed some patients became fine or some healthily lost weight. I am still amazed by the good effects that macrobiotic diet has.
I, myself, have been committing to brown rice and vegetable centered diet, and I have lost appetite for something too sweet or fatty, and I do feel that my taste for meals have changed. 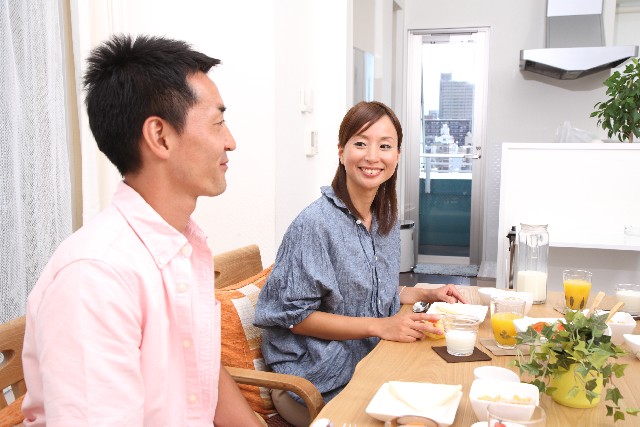 Once you have gained enough knowledge on macrobiotic diet through good books, it’s time for you to try it. It doesn’t have to be perfect at first, but just adopt your daily diet to the macrobiotic diet as much as you can. This will change your mind and sense of taste, and eventually it will affect your food preferences.
I would like you to pay attention to the balance of your diet when you start macrobiotics diet though. Keeping yourself away from eating meat, eggs and daily products will cause you short of important nutrition in exchange for not having unnecessary ingredients.

I recommend you to take enzyme supplements to solve this problem. Taking enzyme supplements improves the condition of intestines and helps intestines to absolve well-balanced nutrition.
Eat foods that do not harm intestines and take enzymes to improve in-body environment. Then, you will realize your skin and body conditions have been improved.
“Nakakirei Enzymes” has been created by referencing to the principle of macrobiotic diet. I hope you will enjoy the result of taking it.